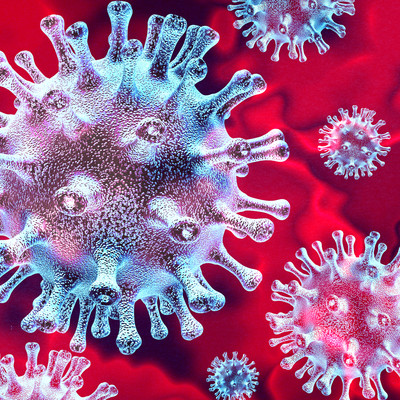 It is definitely very comprehensible that measures of restricting the free movement of people, of restraining individual liberties, withdrawing non essential public services and interrupting independent economic activities in a pandemic scenario may cause some archetypical fear of abuses of power and absolutist suppression of individual rights that many of us witnessed in the past or learned about in history books.

I must confess that it sounded frightening familiar to my ears too, at the beginning of COVID-19 outbreak and much of my public expression was of true concern.

Actually, as a doctor, the first impression was of insanity. How could we prevent people from getting infected with a highly contagious virus that had human to human transmission through droplets and aerosol, since I, myself, had witnessed so many of these respiratory RNA outbreaks in my professional life? It really seemed unreasonable so hard measures of contention.

But, my mind made a 180 degrees turn, as soon as I returned from my trip to Tarragon.

I remember not feeling completely well during the stay due on weariness of my work and thanking secretely my intuition for having conducted me to Spain instead of Italy at that moment.

Yes, I was. Italy was the first country to be hard hit by the epidemic without any attempt to hide numbers of cases, fatalities and the monstrous, inhumane challenges they were facing, a public health crisis of catastrophic proportions.

Then I understood that these restrictive measures were not only necessary but fundamental, not only to protect the vulnerable, but above all to avoid a peak of contagion. A peak of contagion would produce a catastrophic public health crisis and the collapse of many healthcare systems around the world, which would not affect only the infected and healthcare workers but anyone who might need any sort of health assistance or care during this period.

This was much more frightening, staggering and dangerous than any report of disguised suppression of individual rights that I may have read from Hannah Arendt, George Orwell, Michel Foucault or Primo Levi.

And the main difference between the totalitarian moment and any other measure to safeguard the public from doing harm to itself lies in LACK OF MEANING AND PURPOSE.

Totalitarianism is the art of deconstructing MEANING AND PURPOSE and that’s what we have also witnessed in this very pandemic we are just living.

Despots, authoritarians and absolutists have all the same modus operandi – deconstructing any sense of meaning, purpose and responsibility.

Instead of ratifying the necessity of public and individual efforts to flatten the curve of contagion and safeguard the population as a whole, they have denied the reality of the pandemic, hidden cases and fatalities, lied about testing the population, neglected the necessity of personal protective equipment for healthcare workers, disregarded the unpreparedness of healthcare systems and laughed at the idea of contingency plans, made unreal promises about vaccines and miraculous treatments, sabotaged sincere efforts of containing the pandemic, offered contradictory and confusing information for the public and, in general, they have done everything that could benefit themselves instead of caring for the common good.

On the other hand, governments which have acted with transparency, purpose and responsibility, have presented coordinated actions and succeeded in flattening the curve, no matter if the lockdown seems a little bit excessive or dispiriting to us. They cannot be characterized as authoritarian for enforcing these restrictions. Absolutely, they have meaning, purpose and responsibility, and this is the thin line.

Everybody lived a period of incredulity about the severity of this pandemic. I am coming, crystal clear, to tell you mine and instead of denying or overlooking it, we must understand the reasons of our point of view shift, as to make it more palatable for those minds who have still no dimension of the problem and its consequences.

This is only the first wave, we may have at least a second and a third wave of coronavirus outbreak. Some experts are predicting they might be much worse than the first, since our systems are already broken.

The time is now to raise awareness, to prepare for the future and make it a little less chaotic.