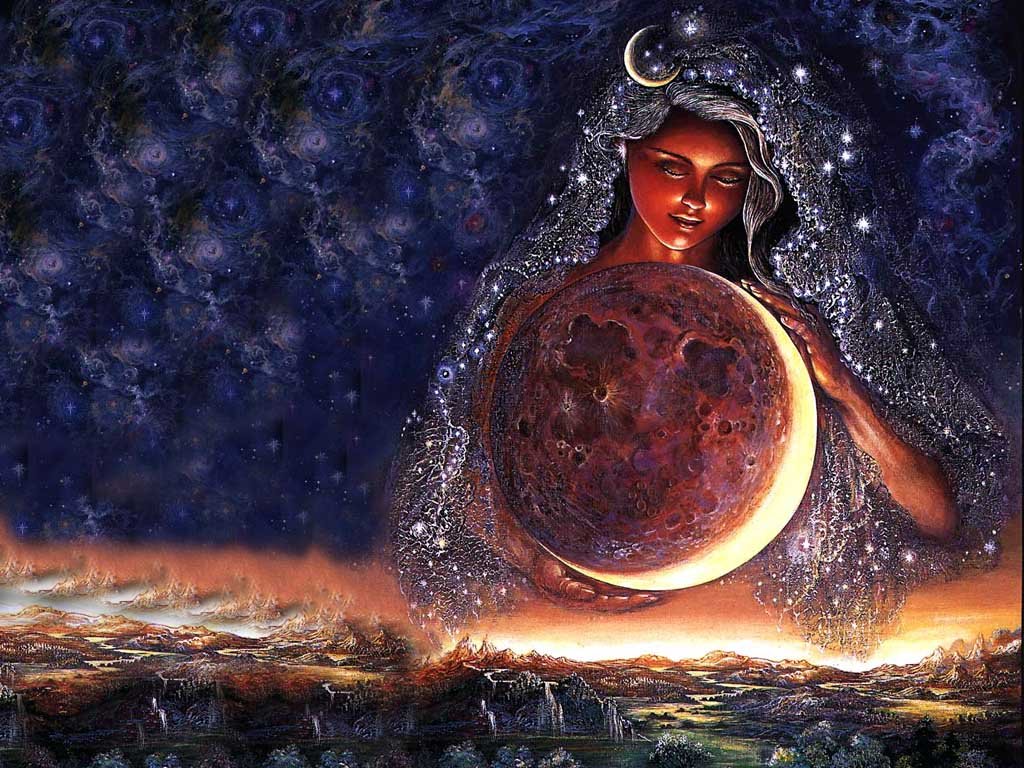 The algonquin medicine woman in the moon – Josephine Wall

In the beginning was the myth.

To revisit a myth is not an easy task.

A myth is not a fictional story that can be recounted assuming the colours and elements of each epoch and place, gaining creative remakes and new narratives.

A myth may have allegorical elements, but it is far from being fiction. No one can claim authorship or copyright of a myth. 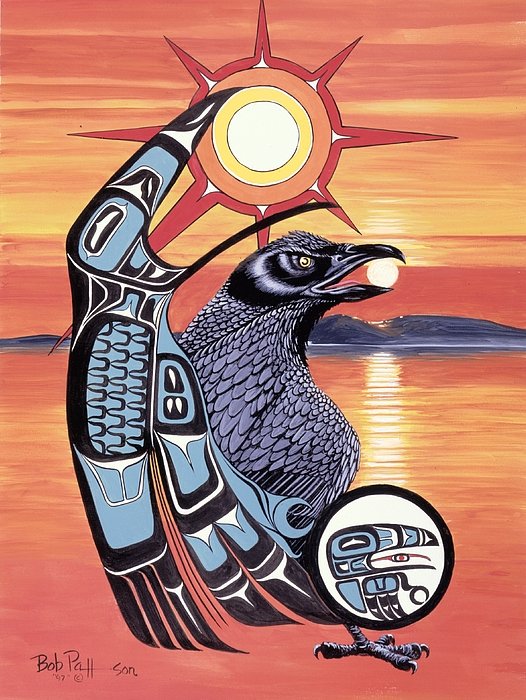 Myths belong to the collective unconscious of humanity.

They may aggregate historical and geographical context, cultural components, but they speak an universal language.

The aim of a myth is to bring a deeper understanding about life and existence through example; a broader comprehension that is already rooted in mankind’s mental framework, awaiting to be discovered and revealed from generation to generation.

“A myth… is a metaphor for a mystery beyond human comprehension. It is a comparison that helps us understand, by analogy, some aspect of our mysterious selves. A myth, in this way of thinking, is not an untruth but a way of reaching a profound truth.”
Christopher Vogler

A myth does not have time linearity. It does not belong to the past, present or future, and talking about mythology is not about retelling it with your own words, nor recreating it in your peculiar version.

Fenrir – The Norse wolf of the apocalypse.

To be revisited, a myth first has to become alive within you and assume the proportion, the dimension it has as a tool and a bridge to comprehend reality.

The myth is the foundation of life; it is the timeless schema, the pious formula into which life flows when it reproduces its traits out of the unconscious. Certainly when a writer has acquired the habit of regarding life as mythical and typical, there comes a curious heightening of his artistic temper, a new refreshment to his perceiving and shaping powers, which otherwise occurs much later in life; for while in the life of the human race the mythical is an early and primitive stage, in the life of the individual it is a late and mature one.

There is, indeed, something very interesting about studying myths – there is a time for its maturation. 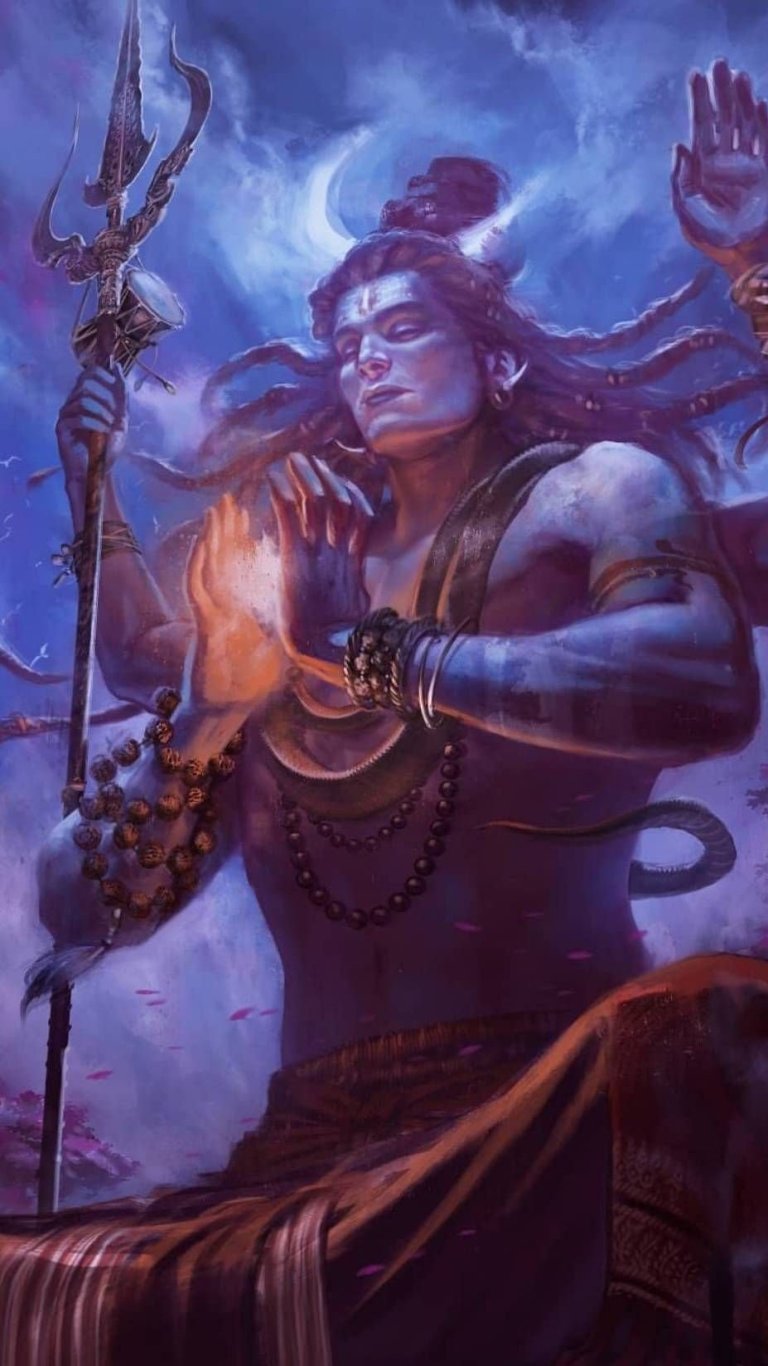 In mythology nothing is what it seems to be. The meanings may not be obvious. There are hidden aspects and profound lessons.

After all, I believe that legends and myths are largely made of ‘truth’, and indeed present aspects of it that can only be received in this mode; and long ago certain truths and modes of this kind were discovered and must always reappear.”

The Letters of J.R.R.Tolkien

You need to study, research, compare, see paintings, images, and try to get acquainted of all sort of information about it. After gathering all that you can, you need to be quiet, introspective in order TO ENTHRONE THE MYTH and let your subconscious interact with it, during what we call TIME OF MATURITY.

Only then, you are able to harvest its deeper significance and achieve the higher understanding it offers.

Beltane and sacred love of Cernunnos and Danu

The point of mythology or myth is to point to the horizon and to point back to ourselves: this is who we are; this is where we came from; and this is where we are going to. And a lot of western society over the last hundred years – the last 50 years really – has lost that. We have become rather aimless and wandering.

It is like a reward, you surrender to a myth, it opens you a door.

Yggdrasil – The Tree of Life

People didn’t realize it, but they needed myths to survive, just as much now as when their forebears were alive. Perhaps more. Mythology embodied the world’s dreams, helped to make sense of the great human problems. Just as the dreams of individuals exist to give subconscious support to their conscious lives, so do myths serve as society’s dreams. They uncover the dark, hidden places where mysteries dwell and can turn to nightmare if left untended. They make sense of injustice in archetypal terms. They give men and women a blueprint for how they may respond to success or failure, tragedy or joy.

As something very personal and intimate, I would say that one of the best investments in the education of your children, would be to awake their interest and passion for mythology.

They will have a better comprehension of reality.

They will have another dimension of themselves.

Myself…is merely an instrument to connect life and a myth.

They will become wiser human beings.

The most important question anyone can ask is: what myth am I living?